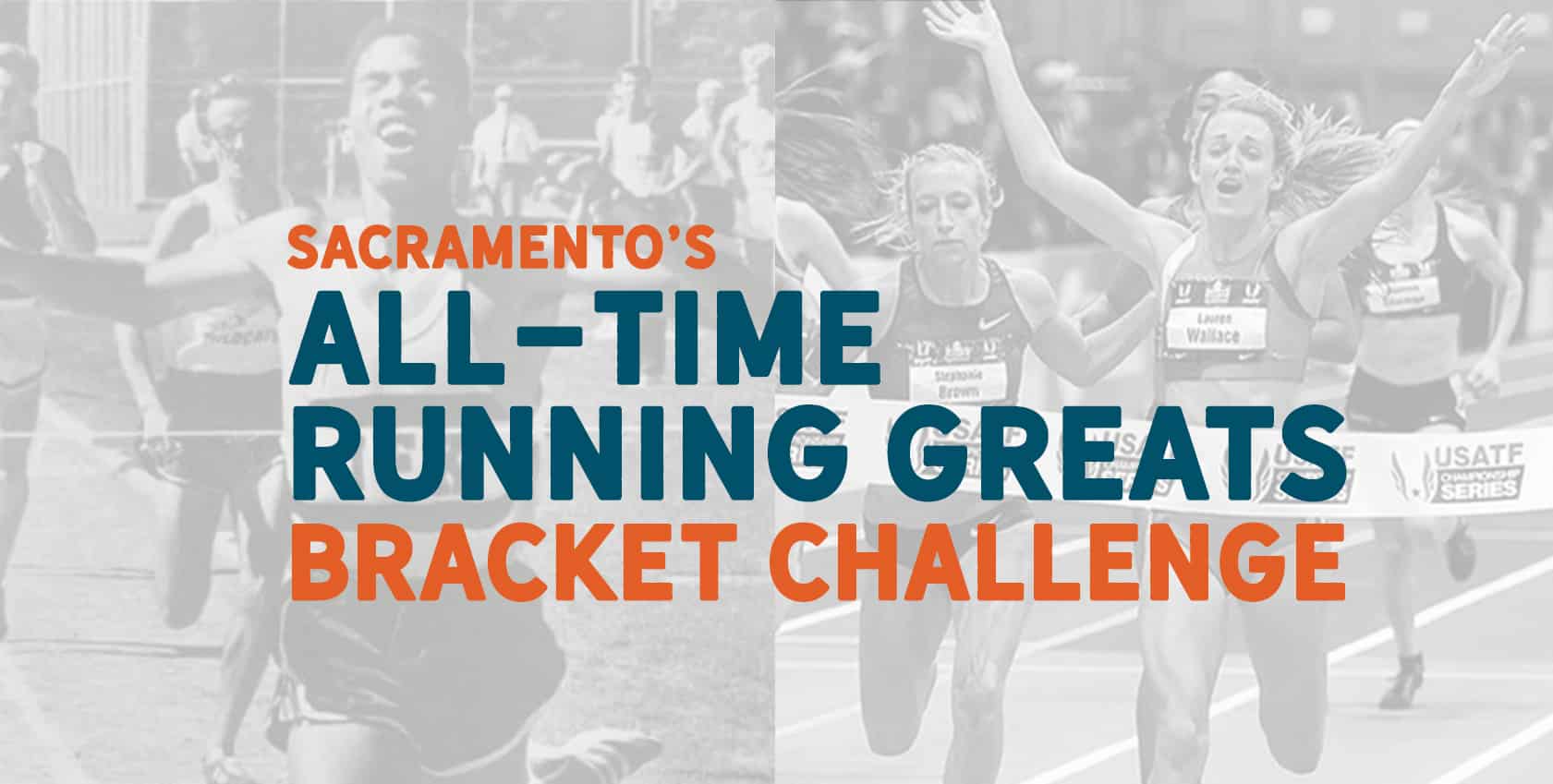 We are celebrating Sacramento’s rich running history by pitting the best 128 Sacramento-area runners against each other virtually to see who ultimately earns the crown of “Sacramento’s All-Time Greatest Runner”.

How it works: There are two 64-runner brackets; one for men, one for women.  Runners will virtually compete head-to-head in each round of competition with each match-up being determined by a combination of votes from our Sacramento Running Historians Committee and votes from the participating public.

How the field was determined: The 64-runner bracket for each gender is divided in half.  Half of the runners are “Sacramento Natives”, meaning they started their running careers in Sacramento as a youth or high school runner.  For these “native” runners, their ENTIRE running careers were considered (even if they left the area for college and post-collegiate running).  The other half of each bracket is made up “Adopted Sacramentans”, meaning that they came to Sacramento after high school at some point and had notable running accomplishments while living here in the Sacramento-area.  For the “adopted” runners, ONLY the running they did while living in the Sacramento-area is considered.