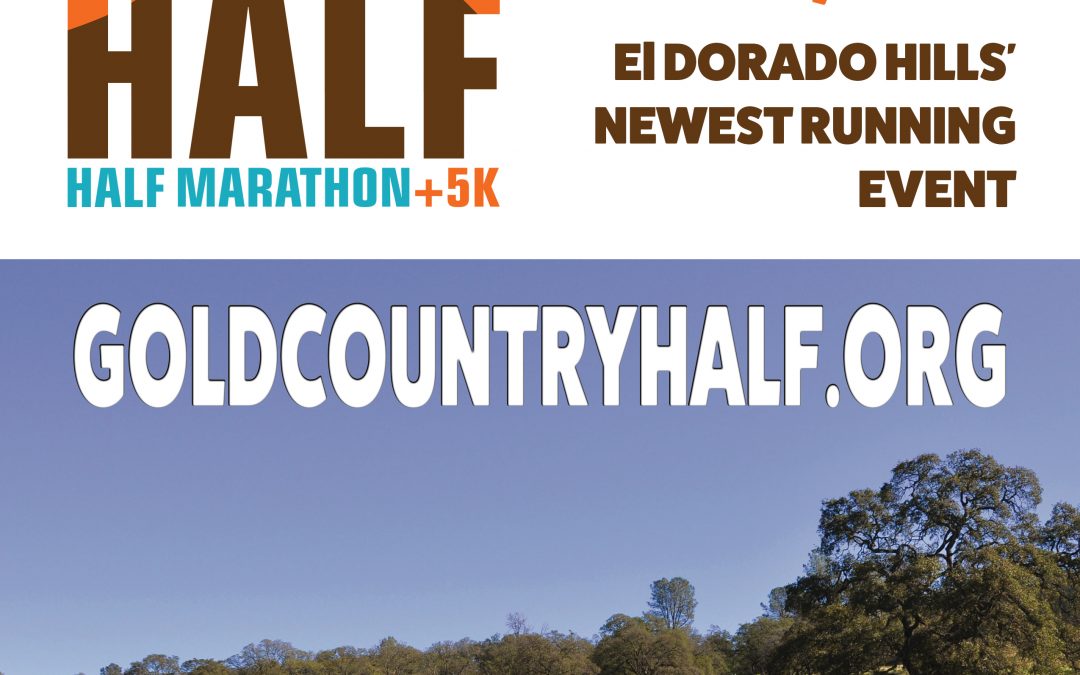 The Sacramento Running Association, organizers of the California International Marathon, has partnered with the El Dorado Hills Chamber of Commerce to bring a new half marathon to El Dorado Hills. The inaugural Gold Country Half event will be held on Sunday, June 11.

The Gold Country Half will feature the half marathon distance along with a 5k and kids’ run. All distances will start and finish at El Dorado Hills Town Center and will be run entirely in beautiful El Dorado County.

“The Sacramento Running Association is excited to work with the City of El Dorado Hills, the El Dorado Hills Chamber of Commerce, and many local businesses to bring a signature running event to beautiful El Dorado Hills,” said SRA executive director Scott Abbott.

“The event aims to be a first-rate running event showcasing the beautiful foothills community to fitness enthusiasts throughout Northern California.

“We expect this to become an anchor running event on the regional running calendar annually, as well as a source of community pride for the city of El Dorado Hills.”

The Gold Country Half will showcase all of what makes El Dorado Hills “one of America’s best places to live,” according to CNN, including beautiful views of the Sacramento Valley and Sierra Nevada, interesting landscapes, vibrant shopping and dining, and an active and healthy community nestled in the heart of historic Gold Country.

“Our goal with bringing the first half marathon and 5k to El Dorado Hills is to first and foremost promote and showcase the beautiful community in which we live and work,” said El Dorado Hills Chamber of Commerce president and CEO Debbie Manning.

The 3Strands Global Foundation, an El Dorado Hills-based non-profit organization fighting global human trafficking, is the official charity beneficiary of the inaugural race and will receive a portion of race profits.

“Local businesses and partners like the El Dorado Hills Fire Department are lining up to support the race, and we expect that they’ll help us provide runners a great experience from start to finish, showing them the best that El Dorado Hills has to offer and making this event into an annual must-do for runners from all over Northern California,” added race director Eli Asch.

Asch added that the half marathon course has some rolling hills but race organizers focused on keeping the route along the valley floor and as flat as possible.

“A personal best on this route will be well-earned, but possible for those with a good spring of training behind them,” said Asch.

Custom medals will be handed out for all half marathon finishers along with custom awards for the top 3 overall male and female finishers in both the half marathon and 5k. Ribbons will be awarded to all kids’ run finishers and age group awards will also be distributed on race day.

Other SRA events include the recently completed Super Sunday Run, the Credit Union SACTOWN Run on April 2, the Gold Rush 50k on May 14, the Capital Cross Challenge on October 7, the Run the Parkway on November 4 and the 35th annual California International Marathon on December 3.