SACTOWN Run is built for speed 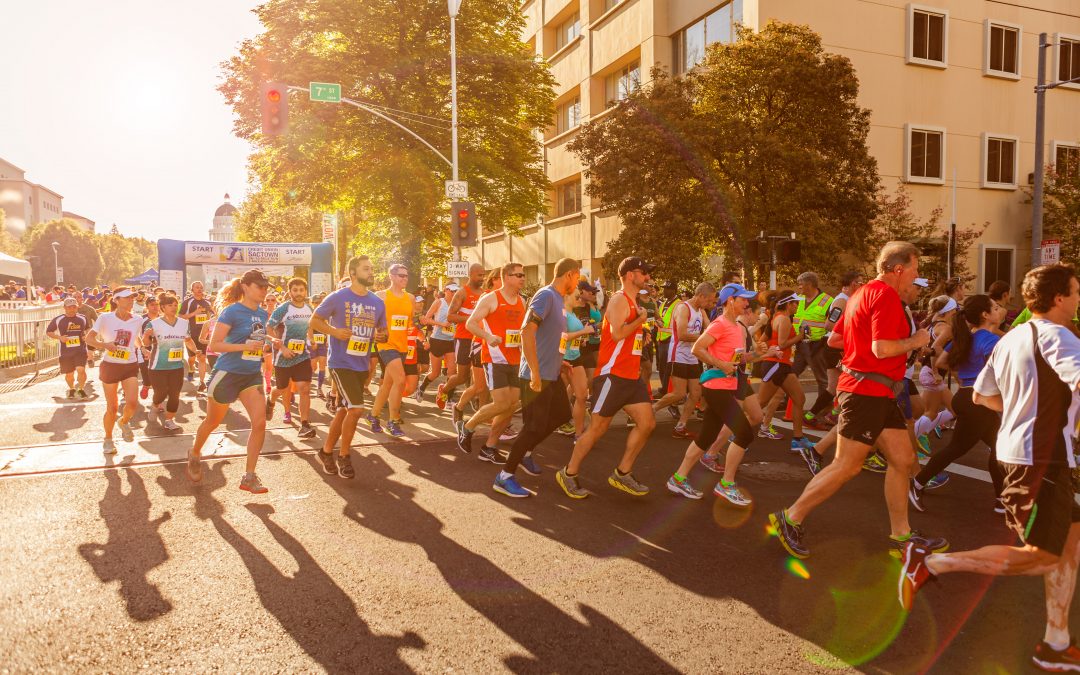 The Credit Union SACTOWN Run celebrates its seventh anniversary by modifying the 10-mile course in an effort to increase speed and feature a tour of the region’s most memorable landmarks. In addition to the 10-mile run, the event features a 5k and the UC Davis Children’s Hospital Miracle Mile, a fun one-mile event open to participants of all ages.

Credit Unions for Kids is the brand under which America’s credit unions and affiliated organizations fundraise for Children’s Miracle Network Hospitals. To date, credit unions have raised more than $100 million since the introduction of the CU4Kids program back in 1996.

“The Credit Union SACTOWN event is one of the most unique running events in California because of its place as a part of the “family” of races that take place internationally on April 2nd that together have raised nearly $7 million for the Children’s Miracle Network Hospitals,” SRA Executive Director Scott Abbott said.

“As Sacramento’s only local non-profit organization committed to the sport of running, the SRA is proud to put on this event that is part of such a magnanimous cause spearheaded by the philanthropic efforts of the Credit Unions for Kids.”

A five-kilometer race was added last year that expanded the line-up of events making the SACTOWN event more accessible to runners and helping to increase the chances of raising more money to help children.

This year, race organizers tweaked the 10-mile route for speed by reducing the number of turns by ten compared to last year’s event.

The modified two-loop route also features a tour of many of the region’s most memorable landmarks with four Tower Bridge Crossings, two flybys each of Raley Field, the Ziggurat, and the newly constructed “Barn” event venue in West Sacramento’s Bridge District.

The course’s slightly downhill finish has runners kicking across the Tower Bridge toward the California State Capitol.

“The 10-mile race will again feature a top-notch field of local and national elites competing for a $15,000 prize purse on a two-loop course,” said race director Eli Asch.

New this year, for those looking to double-dip on their race day fun, is the Homemade Half Challenge, which will present special awards to the top-three men’s and women’s finishers by cumulative 5k and 10-mile time.

“From the front of the pack to those just trying to finish, Northern California’s premier spring race only continues to get better,” added Asch.

“The 10-mile course was built to allow for great spectator engagement by allowing spectators, as well as the 5k and one-mile finishers, a chance to watch some of the world’s best distance runners in action in the 10-mile championship event,” Abbott said.

The SACTOWN Run continues the 2017 Buzz Oates Run SAC Series, a yearlong competition for area runners of all ages and abilities. For more information, visit www.runsacraceseries.com.

The 5k race includes the Credit Union Team competition, with the lowest combined time for all three team members determining the winner.

Other SRA events include the recently completed Super Sunday Run, the Gold Rush 50k on May 14, the inaugural Gold Country Half on June 11, the Capital Cross Challenge on October 7, the Run the Parkway on November 4 and the 35th annual California International Marathon on December 3.