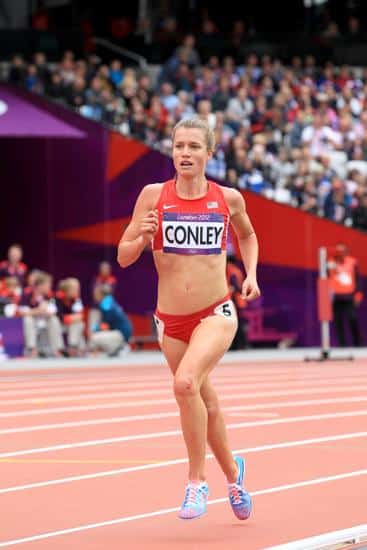 Conley, a 2012 Olympian who lives in West Sacramento, posted the fifth-fastest qualifying time Wednesday with a 15-minute, 27.35-second effort to move into the final. The former UC Davis standout owns a personal best of 15:09.57.

Conley used an SRA training grant to step back from her duties as an Aggies assistant coach and focus more on her training. The result: a dramatic third-place finish in the women’s 5,000 meters at the 2012 U.S. Olympic Trials and a trip to the Olympic Games in London, where she recorded a then personal-best 15:14.48 to finish 12th in her heat.

She didn’t stop there, either, making the U.S. team for the World Cross Country Championships in March, lowering her personal best to 15:09.57 at the Prefontaine Classic in June and then earning a spot in the 5,000 meters for the World Championships.

The SRA helped her spend three weeks earlier this summer training at altitude in Switzerland. Conley then went to London and ran a personal-best 8:47.95 in the 3,000 meters at a Diamond League meet.

He was selected to represent the U.S. in the marathon with Jeff Eggleston and Carlos Trujillo.

Tapia, who lives in Castroville, delivered a surprising victory at the 2012 CIM, overcoming wind and rain and several runners with faster personal bests with a 2:16:29 performance.

SRA events include the recent Gold Rush 100k and Freedom Mile, the Folsom Blues Breakout Half Marathon on Oct. 19, the California International Marathon on Dec. 8, the Super Bowl Sunday 10k Run on Feb. 2 and the Credit Union SACTOWN Ten-Mile Run on April 6.